For a cars internal combustion engine to operate, a controlled combustion reaction needs to occur inside the vehicle’s engine. But this reaction also produces harmful burnt gases that contribute significantly to air pollution. And good air quality is very important for an individual’s overall health.

In order to reduce air pollution, modern vehicles are equipped with a device called a catalytic converter that reduces emissions of three harmful compounds found in car exhaust:

Nitrogen oxides (a cause of smog and acid rain)

Hydrocarbons (a cause of smog)

These are converted into less harmful compounds before leaving the car’s exhaust system. This is accomplished using a catalyst, which gives the device its name.

The catalyst used in a catalytic converter is a combination of platinum (Pt), palladium (Pd), and rhodium (Rh). These metals coat a ceramic honeycomb (or ceramic beads) contained within a metal casing that is attached to the exhaust pipe. The catalytic converter’s honeycomb structure provides the maximum surface area on which reactions can take place while using the least amount of catalyst.

In the second stage of the reaction, an oxidative catalyst of platinum and palladium decreases emissions of carbon monoxide (CO) and unburned hydrocarbons (HC). 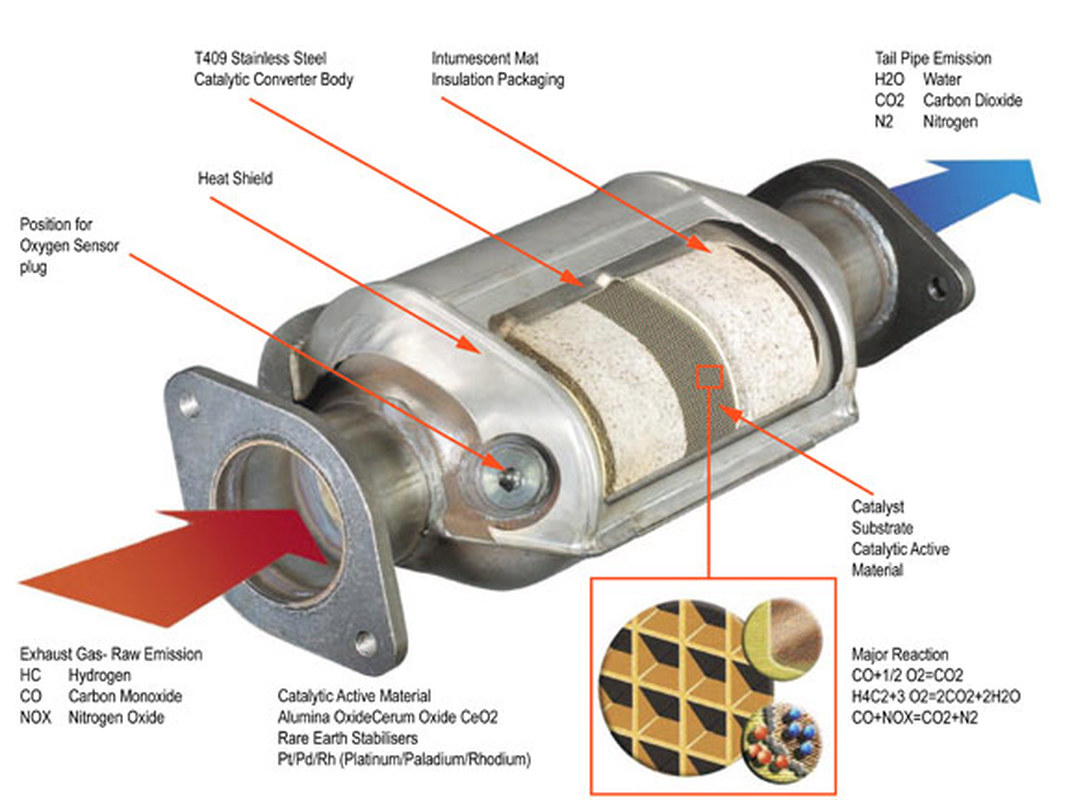 In petrol engines, catalytic converters are reliable and efficient at reducing pollution. They convert an estimated 90% of the hydrocarbons, carbon monoxide, and nitrogen oxides produced into less harmful compounds. But they do not reduce harmful emissions of carbon dioxide (CO2), which is a greenhouse gas that contributes significantly to global warming.