How Does a Turbocharger Work?

You’ve heard the word “turbo” tossed around a lot, especially by performance car enthusiasts. But all you know is that it means an engine has more “oomph” to it than normal. But what exactly is going on underneath that hood? Let’s open it up and take a look.

It’s All About Better Combustion

Before you can truly appreciate what a turbocharger does for an engine, you need to understand the basics of internal combustion. Internal combustion engines are “breathing” engines. That is to say, they draw in air and fuel for energy. This energy is realized as power when the air-fuel mixture is ignited. Afterwards, the waste created by the combustion is expelled. All of this is typically accomplished in four strokes of the pistons.

What a turbocharger does is to make the air-fuel mixture more combustible by fitting more air into the engine’s chambers which, in turn, creates more power and torque when the piston is forced downward by the resulting explosion. It accomplishes this task by condensing, or compressing, the air molecules so that the air the engine draws in is denser. Now, how it does that is the real story here. 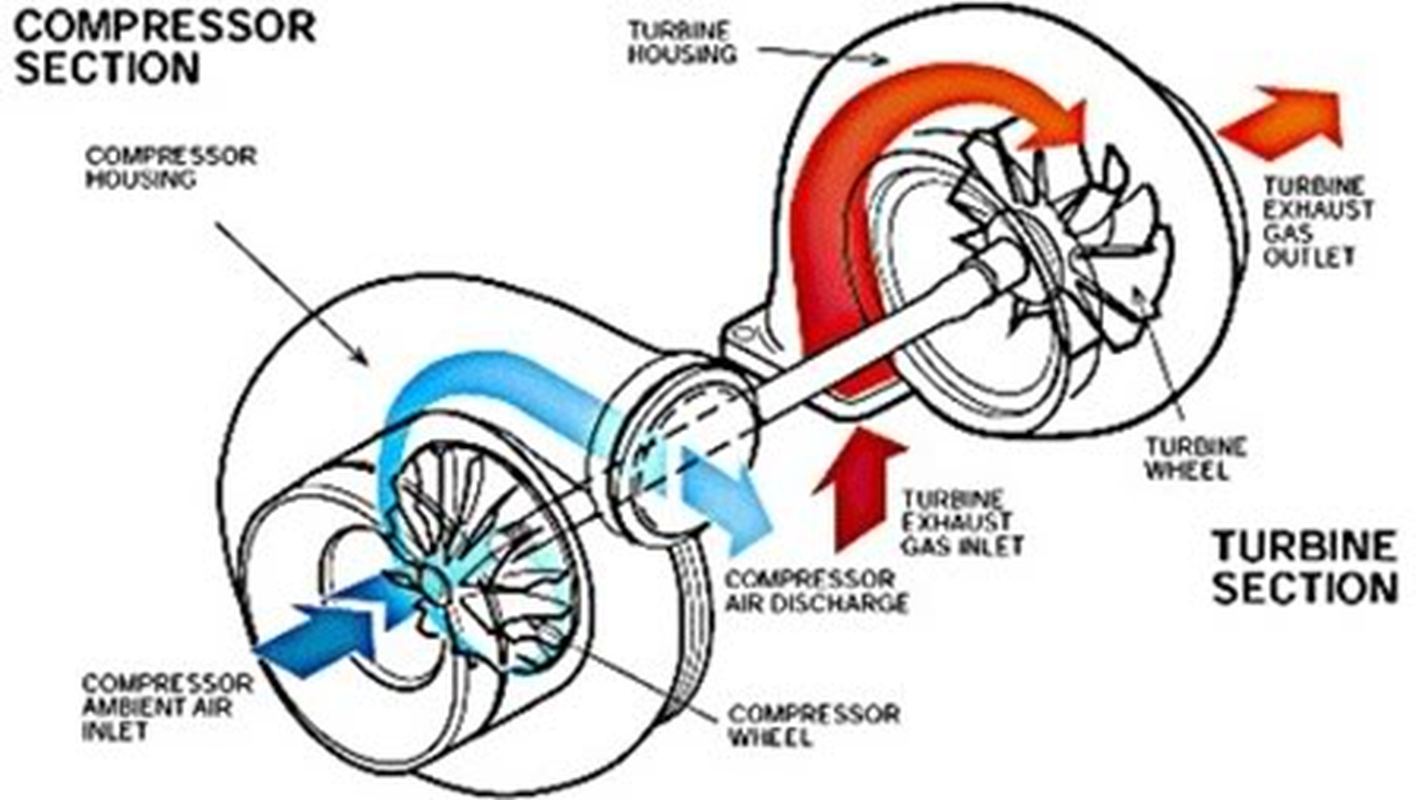 As you may realise, the compressed air leaving the compressor wheel housing is very hot as a result of both compression and friction. So what’s needed is a way to cool that air down before it enters the chambers. That’s where a charge-air cooler (or “heat exchanger”), more commonly known as an intercooler comes in. It reduces the temperature of the compressed air so that it is denser when it enters the chamber (heat causes things to expand, as we all learned in science class). The charge-air cooler also helps to keep the temperature down in the combustion chamber. All together, the engine, turbocharger and charge-air cooler form what is known as a “charge-air system”.

The basic principal behind turbo charging is fairly simple, but a turbocharger is a very complex piece of machinery. Not only must the components within the turbocharger itself be precisely coordinated, but the turbocharger and the engine it services must also be exactly matched. If they’re not, engine inefficiency and even damage can be the results. That’s why it’s important to follow correct installation, operating and preventative maintenance procedures.